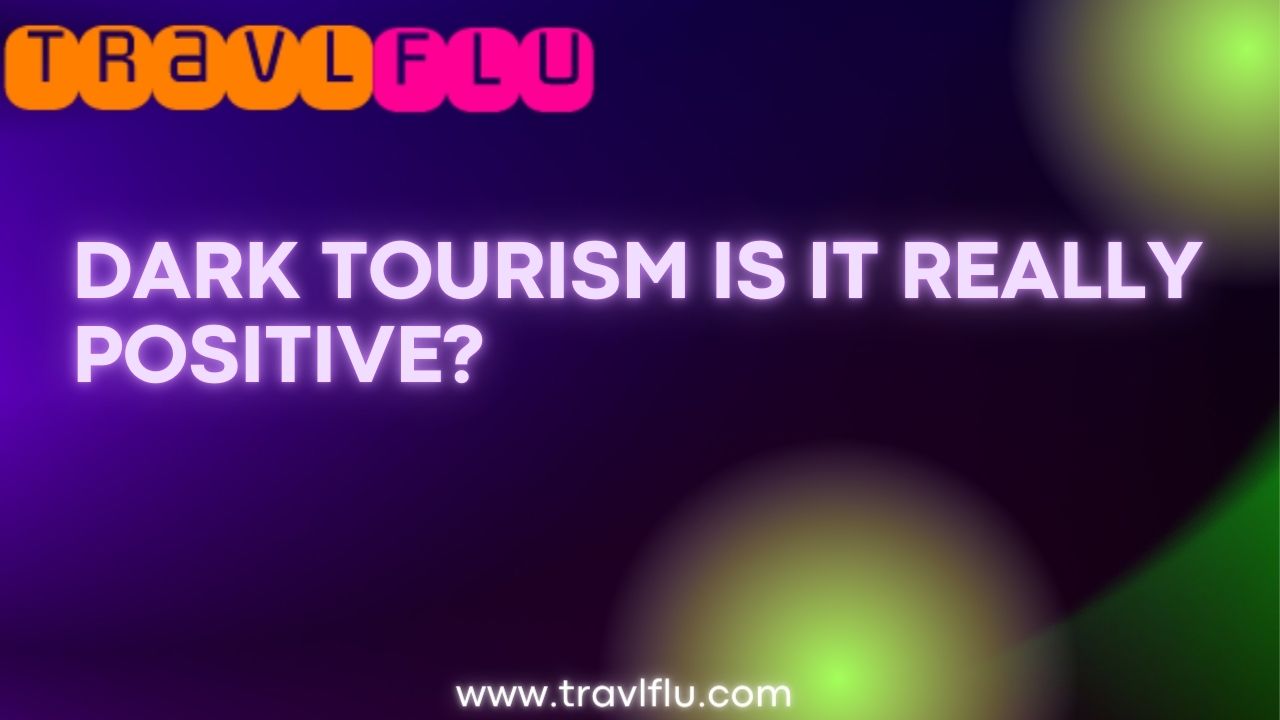 Dark tourism, to put it another way, is ‘atmospheric tourism,’ where people can see the beauty in a place’s tragedy. Grief tourism is another name for it. This type of travel entails more than just visiting a natural catastrophe site. It provides an opportunity for individuals to reflect on how the site contributes to modern society today. For example, you can see Chernobyl in the night, which is tragic because of the destruction and death. It’s one of the most well-known examples of dark tourism places.

Professors John Lennon and Malcolm Foley invented the phrase “Dark Tourism” in 1996. Sites related with death, calamity, and destruction are referred to as “dark tourism” or “thanatourism” in academia.

Although death, suffering, and tourism have been linked for centuries, particularly in the context of combat, with places such as the Waterloo battlefield attracting visitors from the early 1800s forward, interest in these sites has surged in recent years. Thanatourism sites of various sizes and scope can be found all around the world.

Over the last 60 years, dark tourist sites have sprung up all over the world, including Bogot, Colombia, Cusco, Peru, Bolivia, Togo, Chernobyl, Romania, Florence, Moscow, Camillo, and many others. All of these websites emphasise the deep ties that exist between history and the disasters that have occurred. When a gloomy tourist visits a site, a sorrow tourism venue can advance and mould their trip experience. As a result, when a person visits these locations, their identity comes into play.

Some of the famous Dark Tourism destinations are:

Over 250,000 souls are buried at the Kigali Genocide Memorial. A visitor centre is available for students and tourists interested in learning more about the events leading up to the genocide of 1994. It is the main entry point for foreign travellers and has a few more attractions worth seeing. This episode has remained a delicate topic in Rwanda, where it is prohibited to discuss ethnicity.

The Auschwitz concentration camp will be familiar to those who were fascinated by the events of World War II. It was founded in the suburbs of Owicim by German higher authorities in 1940. By 1942, it had grown into one of the most extensive networks of Nazi death camps. Forced labour, brutal medical experimentation, and mass executions were all used against the inmates. The Auschwitz-Birkenau State Museum serves as a memorial and museum to the victims of the camps. It is one of the most popular tourist destinations for Holocaust survivors. Auschwitz has also been dubbed the “epitome of all gloomy tourism.”

Pompeii is a world-famous heritage site that draws tourists from all over the world. It is also one of the most important archaeological sites on the planet because of its Roman ruins. The ancient settlement is known for volcanic ash from Mount Vesuvius’ eruptions in the year 79 AD. It is still a well-preserved Roman town in history after so many years. The site was rediscovered in the 18th century, and excavations have been ongoing since the 19th century. One-third of the site remains buried in ash.

Chernobyl was the site of the world’s greatest nuclear disaster in 1986. It was the consequence of a series of errors at the power plant, which resulted in explosions and the release of radioactive material into the atmosphere. The toxic air was carried over Ukraine, Belarus, and Russia by the winds, contaminating millions of acres of land that had to be permanently evacuated. Pripyat is also known as the ghost town, with travellers from all over the world flocking to see the amusement park, a moss-covered Ferris wheel, and other remnants of the town’s previous life.

The genocide in Cambodia perpetrated by the Khmer Rouge under Pol Pot is widely regarded as one of the biggest crimes against humanity. The Tuol Sleng Genocide Museum commemorates the genocide and torture of the victims while they were incarcerated. It may be found in Phnom Penh. From 1975 to 1979, the location was a former secondary school that served as Security Prison 21. Around 14,000 to 20,000 people were kidnapped and tortured in prison. Almost all of them ended up in Choeung Ek’s death fields.

For many people, visiting dark tourism places can be surprising and upsetting. This isn’t necessarily a bad thing. Learning about the dark side of history is just as important as seeing beautiful structures when travelling. It aids our personal development and allows us to better comprehend and appreciate our current situation.